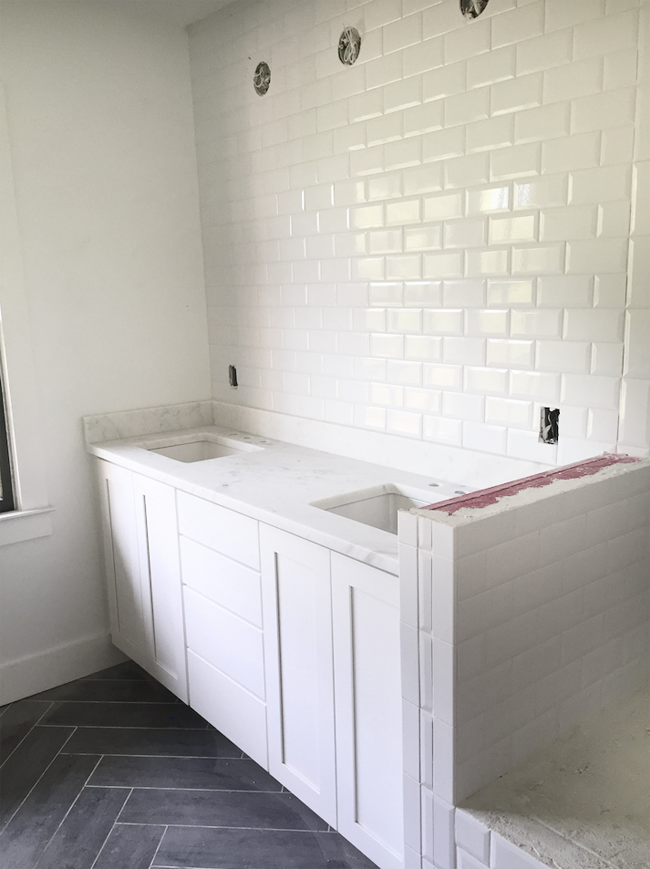 The flu has hit our house…. no bueno.  So while the littles and I are on the mend, I thought I would share some updates from over at #ProjectFamJam.  The latest project we are tackling is their Master Bathroom.  In the original layout of the home there were two smaller bedrooms in the back of the home, one of which had a “bathroom”…. I say “bathroom” because it was a bathroom but just barely.  The toilet was on a diagonal…. Need I say more?!  I cannot believe I do not have one of the before pictures because it was weird.  Now I am all for making the most of a small space, but a diagonal toilet is rarely the solution.  Opting for a real master suite and standard toilet placement the decision was made to combine the two smaller rooms and create a larger space.  Turning the house from a 3/2 to a 2/2.  This was not a major concern as it was going to function better for them as a couple and we have plans to add another bedroom and bath in the basement during the next phase.

I wanted to maintain cohesive elements from the rest of the home but still create a separate oasis for them.  By bringing in statement lighting, herringbone patterns and lots of black and white the cohesion will be there.  Layering in textures and styling will bring in some of the differentiation.  Here is a little taste of the finishes in the space. 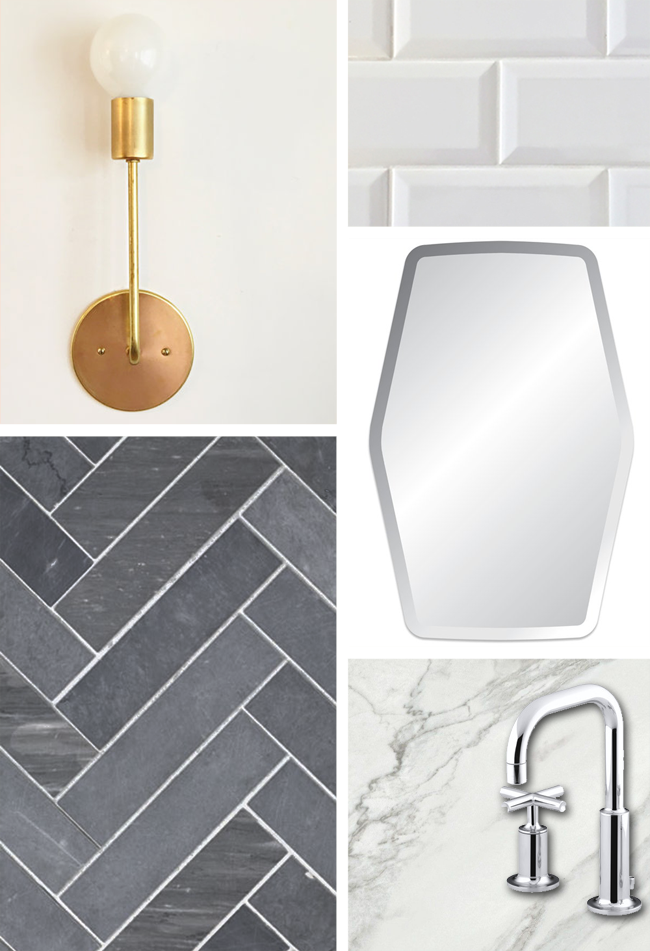 Here are a few shots I snagged mid install! I can’t wait to get in here and layer in some personal touches! 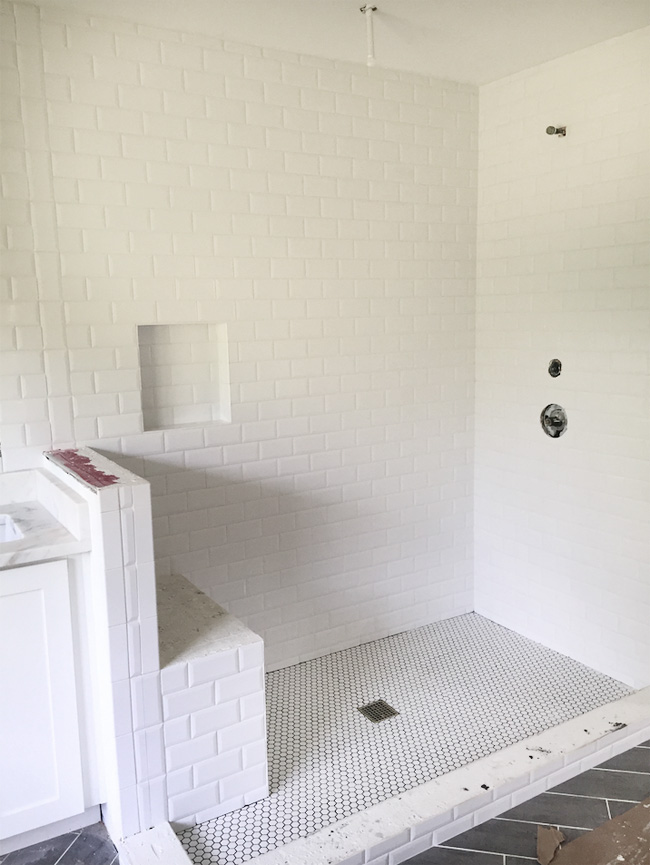