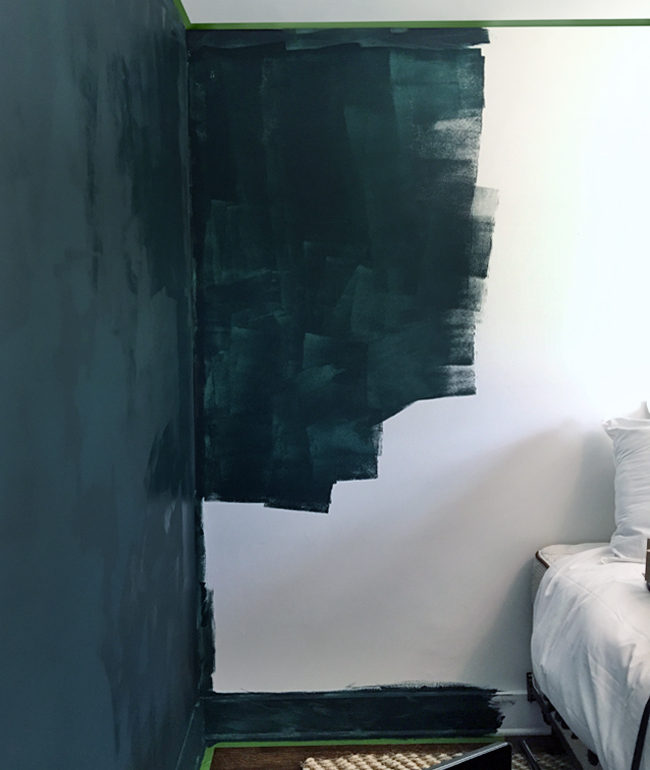 Week two of the FrogTape Paint Over Challenge is here!  And it has been very busy over here this past week.  Since last week, we have placed a lot of orders, made a lot of big decisions, injured myself (ugh) and may have chosen the absolute best color for the walls.  More on that color in a minute.  First things first, our main issue was the bed… As I mentioned last week, our canopy bed that was on order fell through.  Wompwomp.  So rather than being bummed and dreaming of the bed we lost, I proposed we create a canopy bed for them instead.  After receiving the green light, I began sourcing the materials needed and sketching out the plan.  But we needed the room painted!!!

I ran to the paint store and brought back about a dozen swatches all in the deep blue, teal, green family.  We wavered between two options, but ended up going with Cascades by Sherwin Williams.  I taped off the ceiling and baseboards using the original green FrogTape.  I then started dousing the walls in all of this gorgeous color, Sherwin Williams Cascades btw.  Even after one blotchy coat, I was smitten with the transformation already happening. 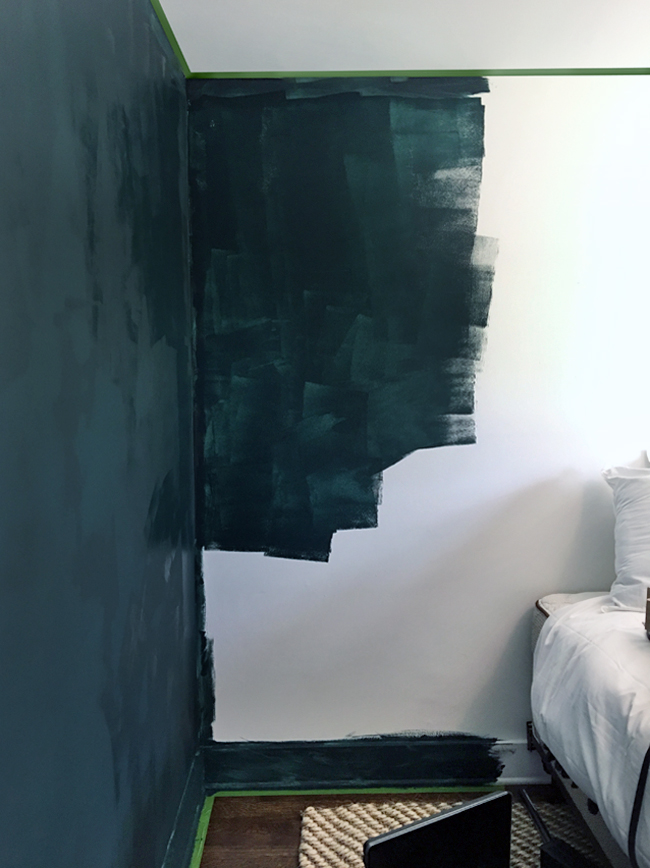 After a couple of coats, the room was painted.  And install began…  You may have noticed the new chunky woven sisal rug already, it was a steal at only $125 for an 8×10!  I found it along with the light fixture ($85) on eBay & ordered them immediately to ensure we got the look we wanted, while still staying under our $1000 budget.  We also installed the new flush mount sputnik which was sure to provide ample light in the newly darkened space.  The light I ordered stated it was black, but when the light hit it just right, it was more of a bronze or brown.  Not really the look we were looking for.  So I utilized FrogTape to tape off the lighting components and gave the fixture a coat of gold to fix the color issue. 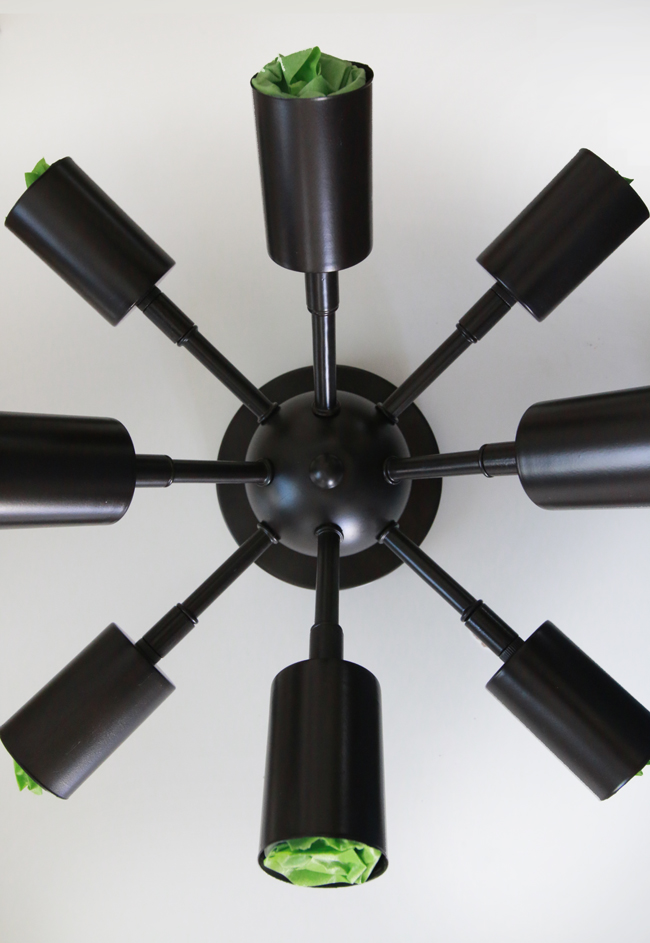 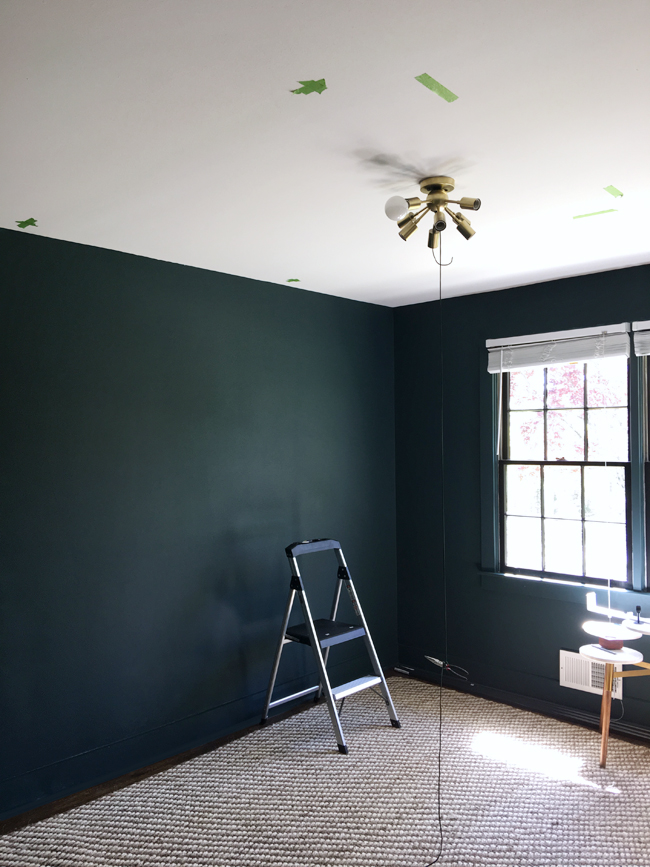 I also began to measure off the canopy.  Having just had their ceiling painted when they moved in a year ago, I really didn’t want to mess up their ceiling with pencil marks (or holes that needed repair!) as I tried to determine the exact location for the hardware.  So I grabbed my roll of FrogTape and placed them on the ceiling and marked where the anchors needed to go on the tape.  That way I could simply pull the tape down if I made a wrong mark.  Which may or may not have happened a few times.  And the dangling needled nose pliers acted as our center line.  We measured off of that to endure everything was centered. 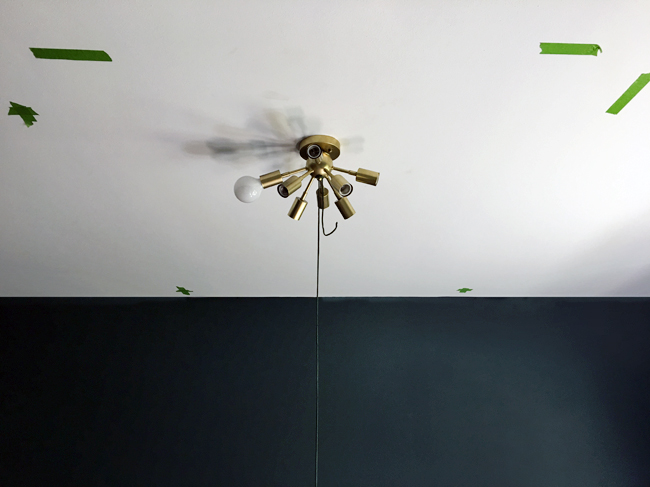 Once the marks were made (and correct!) the hardware and drapery panels went up!  And the room quickly began to fall into place after that.  (And don’t worry, the panels were hemmed to the correct length after this image was taken.)  I’ll share a full list of the hardware used after the reveal next week! 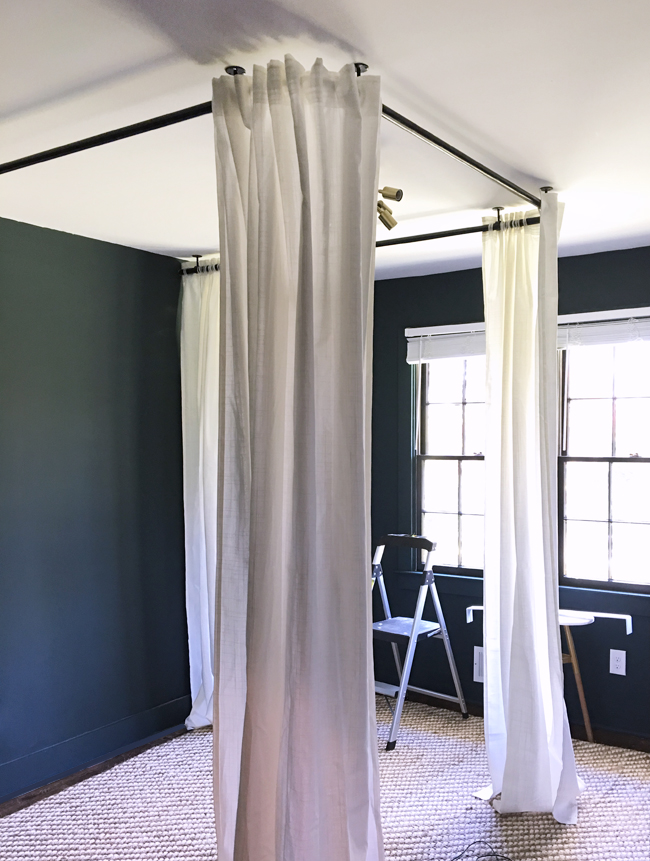 With the walls painted, the canopy up and the lighting installed, I had the urge to tackle one more project before bringing all of the bedding and accessories into the space.  I wanted to dress up the closet doors.  They are plain, flat panel sliding doors.  They were fine.  But I wanted to turn them into their own piece of art in the space. 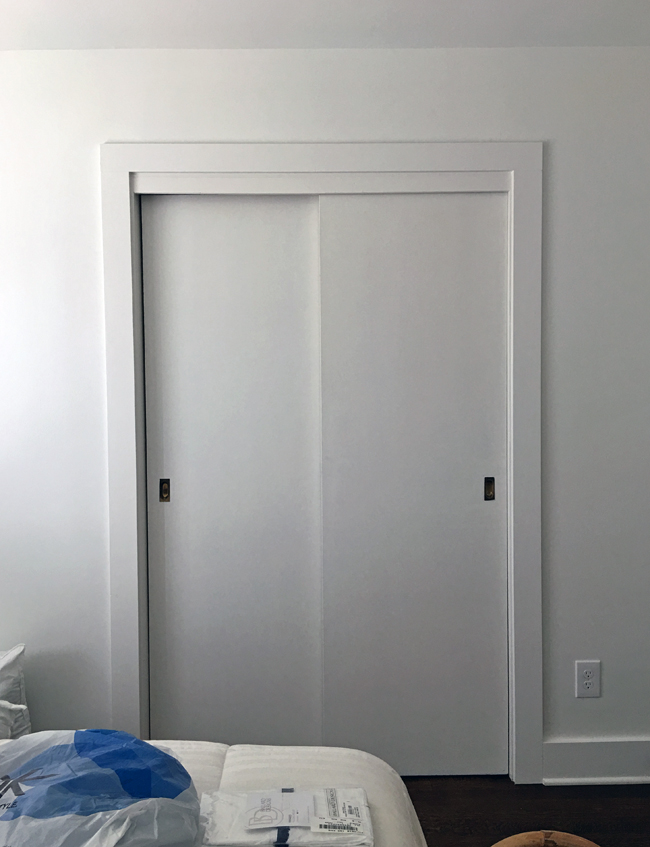 So after painting them the wall color, I schemed and planned and taped and taped and taped some more.  This time using the Yellow FrogTape.  This is for specialty finishes and can be used on newly painted walls (after 24 hours), wallpaper, etc.  Basically anything you would be scared to tape, this stuff will work! 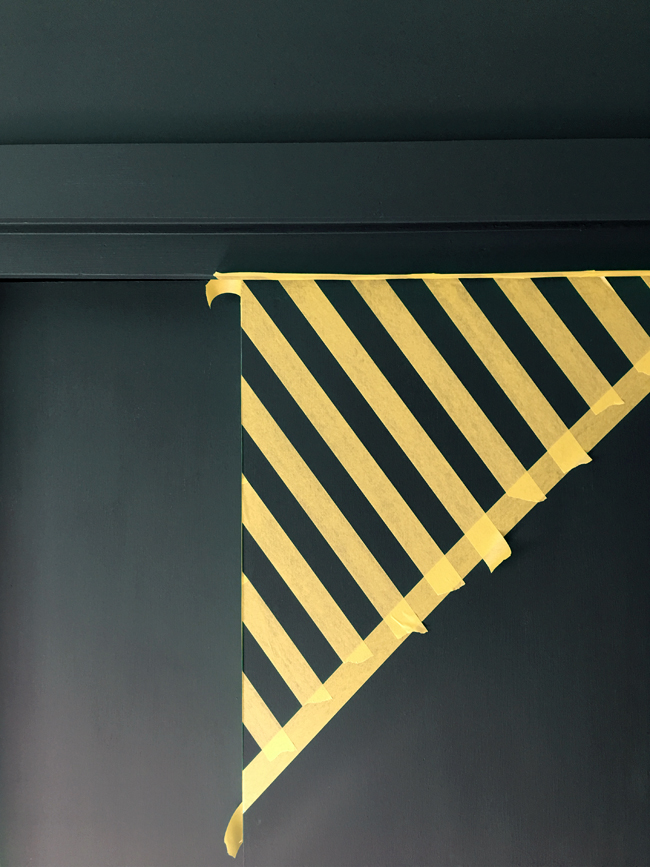 Now I really want to show you the results!!!  But they are so good, I am going to hold off until the final reveal next week.  Sorry #notsorry.  So along with the closet doors, next week I will show you the completed space and break down all of the items and cost of how I completed the room.  And don’t fret… remember that piece of artwork from last week?!  There is more color coming into this space as well.

Be sure to hop on over to the other participants as well to see what they are up to!

**This is a sponsored post by Frogtape.  All images and opinions are those of Hunted Interior.