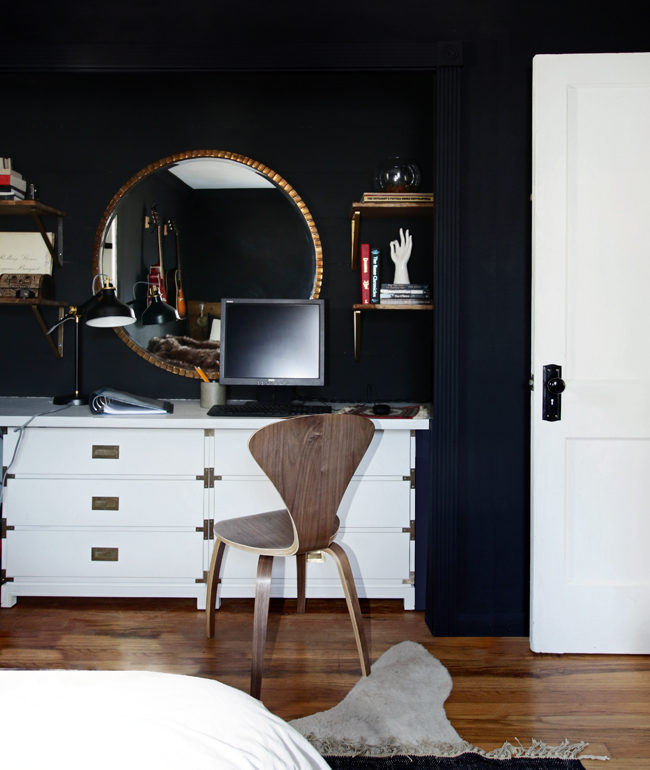 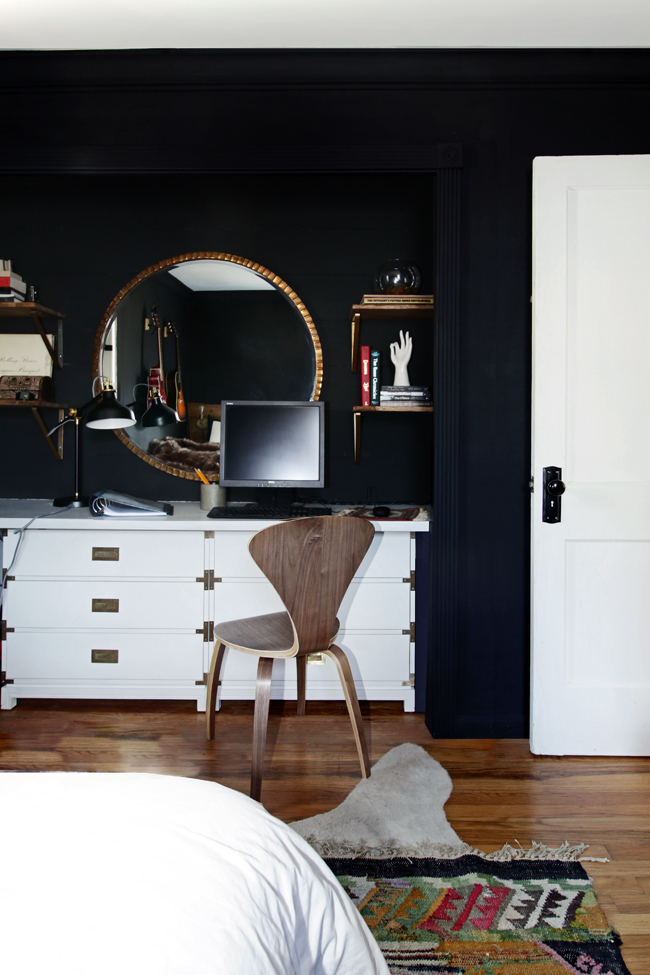 I had mentioned about this time last year that we were working on the opposite side of my stepson’s room, the side I intentionally never showed you because it was basically ignored.  The nook area was originally built out to be my daughter’s changing pad/dresser when it was her nursery, but being that it was now for a 17 year old boy it needed to function a little better

He had mentioned the idea of some shelves, in theory my initial thought was great!  But the execution was never up to my expectations & they just became a landing pad for everything… this is #reallife people, lol.  Product, cables, wires & loads of empty boxes/envelopes for when he might potentially sell an article of clothing he is tired of. 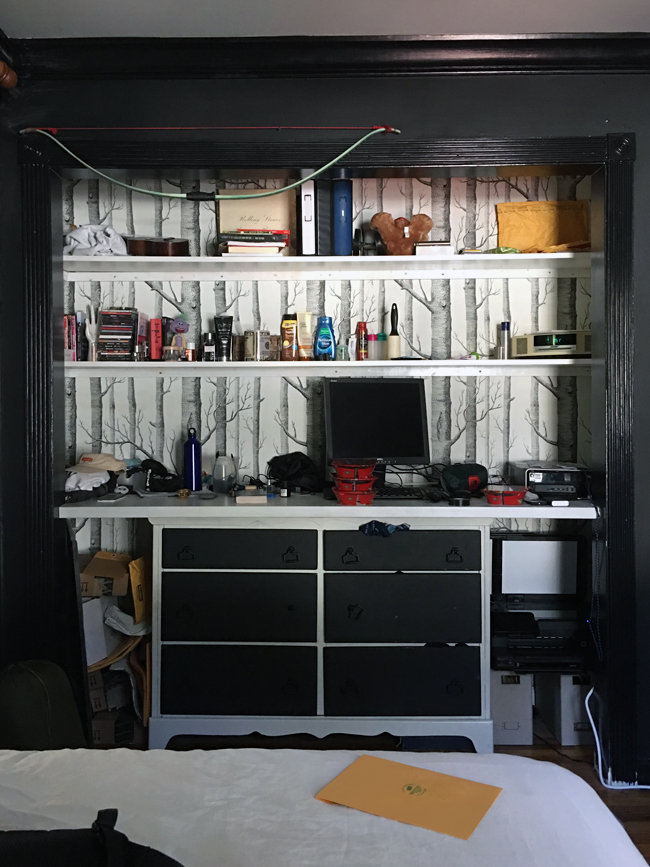 I basically ignored it, because lets face it, he was happy with it & I rarely saw it… but then BHG called & said “we are coming to do a shoot!!”  & I said “Awesome!” followed by, “Oh. No.” ha.  I tried working with it, but never really loved it.  It just didn’t fit with the rest of his space.  So a week before our photoshoot (Thanksgiving week to be exact!) I took on the task of ripping these particle board shelves that were bowing & falling apart & started over.  Literally.

Unfortunately, the woods wallpaper was now toast.  It was covered in holes from the previous shelf install.  So, with time not being on my side I covered it in black shiplap. 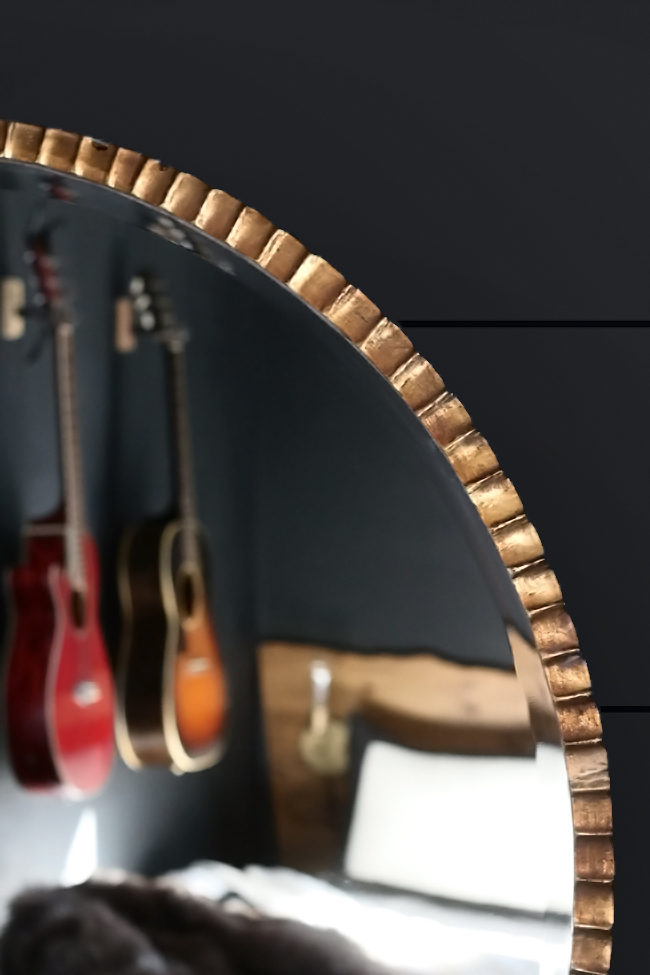 And the existing dresser… was my husbands as a child and has been about every color stain/paint in the book. The size was never quite right & it was never very masculine.  So I turned to AVE Home and their line of RAW unfinished furniture.  (Remember, I used their Bar Tray for the cousin’s One Room Challenge?!)  Well, they have two options of primed and ready to go campaign dressers.  I incorporated two of the smaller versions side by side to create one larger dresser.  This was also a better solution as once the desk top was placed on top it was actually desk height now!  Not an in-between height no chair ever really worked with.

Now he had more storage in terms of drawer space, bonus for clothes and “product”.  And we moved the printer into our hallway closet, which is much more convenient for the rest of us when we need to print something, or C needs paper to color.  At least now she isn’t just bounding into her big brothers room uninvited. 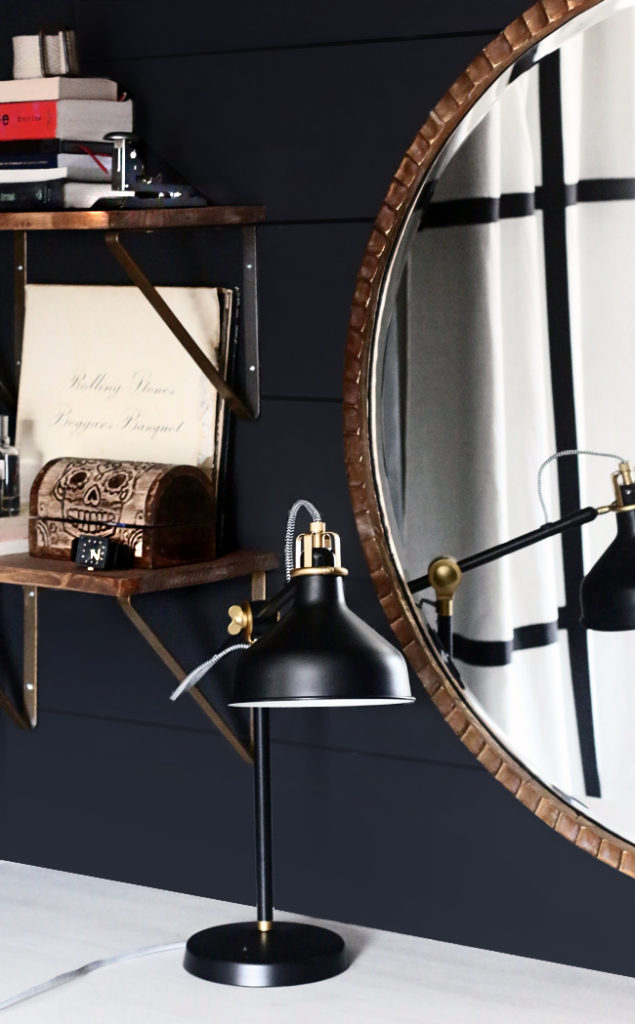 For the shelves, I used the same wood technique for his headboard with some scrap pieces lying around and used some brackets from World Market… FYI… the holes in the brackets are not the same on each bracket!!  So don’t assume that they will be… lesson learned.

And last but not least, we finally replaced C’s old crystal nursery light fixture with this stunner from Rejuvenation!!! We added the ceiling medallion to be consistent with the rest of the house & I just love the juxtaposition of the classic & modern together.  Plus, this fixture will transition well down the road. 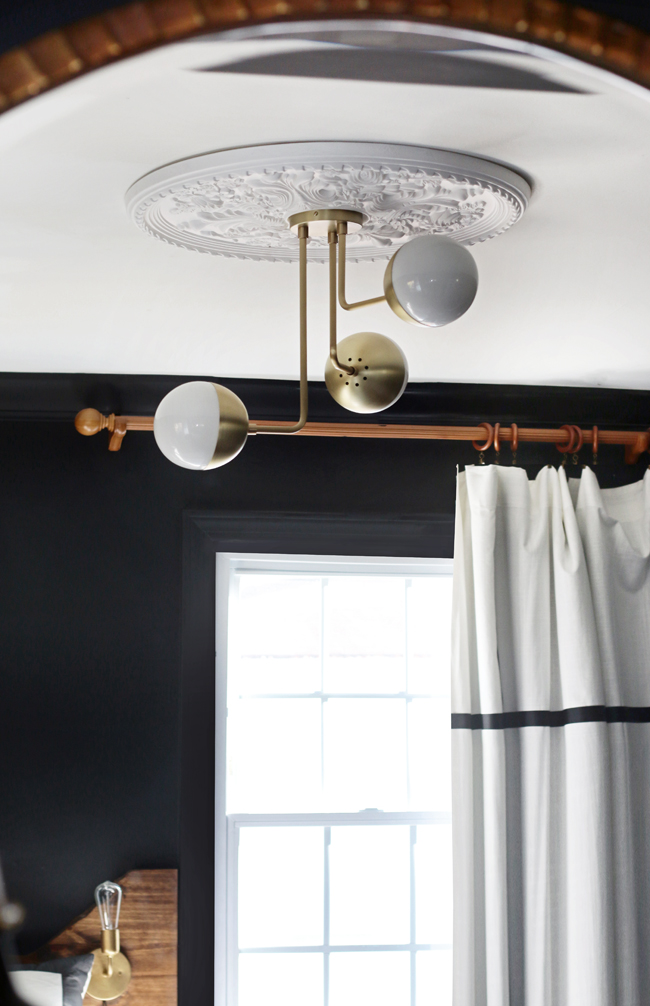