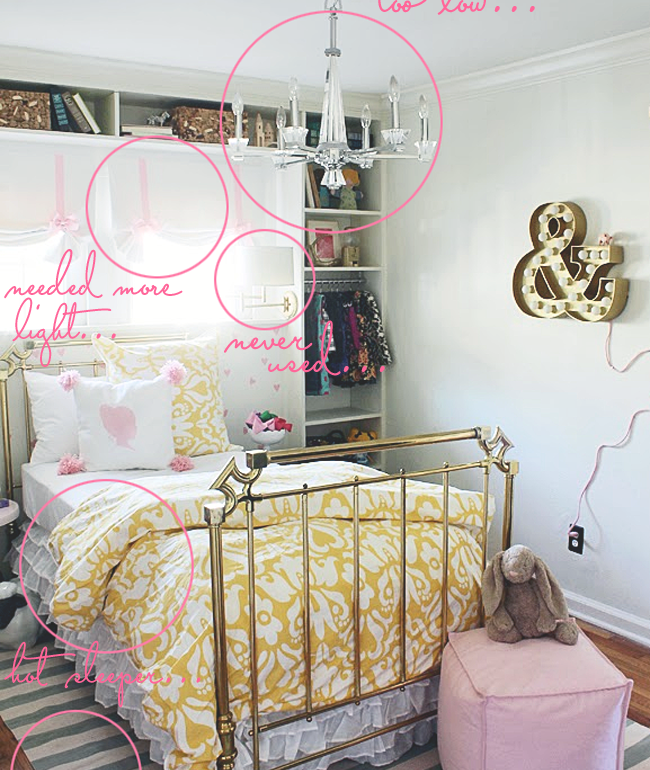 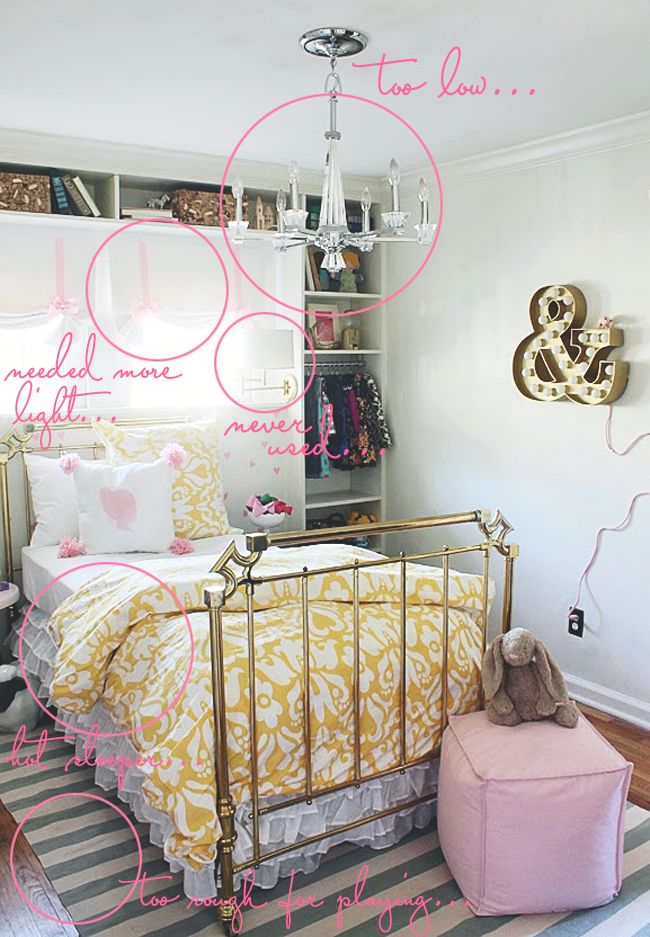 It’s been almost a year since we moved Chloe (rapidly) into our Dining Room.  We moved her into this space when we originally thought my stepson was moving in last year.  (He has since moved in, so the move wasn’t for nothing).  Using a lot of items we already had, we simply made whatever we had work in the space.  Fast forward, and we have learned a few things just haven’t been working for her in this space.  While it looked adorable, it really needs to function for her as well.  Especially since this is her main play area as well.
Our first issue was the area rug.  Previously our Dining Room rug, we simply left it in the space.  But we quickly learned that the flat woven rug was too rough for playing on.  It would hurt her knees to kneel on and was the first thing to go…
Second, bedding…  Chloe has been a hot sleeper since the day she was born.  She doesn’t sleep well with a sheet & duvets are simply too hot for her.  Desperate one evening we put a coverlet on her bed & miraculously she slept, without waking up in a pool of sweat.  So the lovely duvet has made it’s way to the linen closet for now & a quilt has taken it’s place on her bed.
Third, The sconces were NEVER used in here.  They simply never got turned on & were quickly moved to the living room (and are used every day…)
Fourth, window coverings… Since we created a faux wall to cover three quarters of our french doors, it was tough to determine a drapery treatment in this space.  I created a temporary solution that worked, well, temporarily.  But being the first to admit that I can DIY a lot of things, sewing is not my forte!  Plus, this room does not get a ton of natural light, so we needed a treatment that would allow as much light as possible!
FIfth, the Chandelier… It has always felt a little foreign in this space since the transition.  And since we were moving ahead with a few changes, we felt like this area deserved an update as well.
I still love how this space looked!  But, function takes precedence.  So that meant a mini makeover for our little lady.  It is amazing how a few little changes immediately changed the space!  I will be sharing these changes throughout the next few days.
xo – Kristin